Get fresh music recommendations delivered to your inbox every Friday.
We've updated our Terms of Use. You can review the changes here.

To Bloom, To Glow – fundraiser compilation in support of Russian LGBTQIA+ community 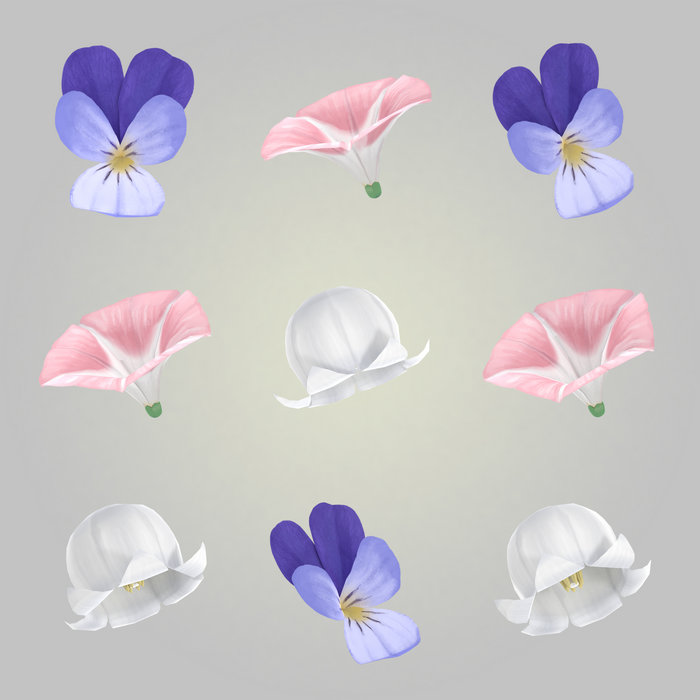 35 beautiful tracks in support of the LGBTQIA+ community in Russia.

This year, after running `hdmr for almost 5 years, we are using our platform for a really important and urgent cause – supporting the LGBTQIA+ community in Russia.

The Russian state government has been constantly targeting LGBTQIA+ activists and diminishing lives of LGBTQIA+ folks since 2013, when the "gay propaganda" law was introduced. This year they went even further by constitutionally cementing the definition of marriage as "a union of a man and a woman" and passing new law changes that make legal gender change less safe for trans folks, and ban any kind of non-cis non-heterosexual marriage and child adoption in the country. These changes will also greatly affect intersex people, who won't have the right to identify themselves on their own terms.

The LGBTQIA+ community in Russia today is extremely unsafe and stigmatized, and, unfortunately, activist organizations don't get enough support from people inside the country. That's why we decided to organize an international financial support event for the Russian LGBTQ+ organization that we consider one of the most influential ones in Russia right now – Ekaterinburg Resource Center For LGBT.

While being mostly a city-level organization, its activists have been sharing a great amount of important articles and informational resources about LGBTQIA+ issues in Russia on their social media, and they are doing amazing job of educating people and helping LGBTQIA+ folks in need of financial, psychological, and legal aid. Unfortunately, they also are under constant harassment and threats from various hate groups.

The lead lawyer of the Ekaterinburg Resource Center For LGBT is also protecting Yulia Tsvetkova in court right now. Yulia Tsvetkova is an LGBTQ+ and feminist activist from Komsomolsk-on-Amur who's been pressed by the police since 2019 because of her educational activities.

100% of the proceeds from this compilation will go to Ekaterinburg Resource Center For LGBT.

If you want to learn more about the current situation of LGBTQIA+ people in Russia, please check these links (cw: homophobia, transphobia, violence):

Explore the music of all participating artists by following this link:
buymusic.club/list/hdmr-to-bloom-to-glow-fundraiser-compilation-in-support-of-russian-lgbtqia-community

If you like To Bloom, To Glow – fundraiser compilation in support of Russian LGBTQIA+ community, you may also like:

Bandcamp Daily  your guide to the world of Bandcamp

Frayle's Gwyn Strang and Sean Bilovecky join the show to talk about their cathartic new album.